Imagine yourself in the future. Imagine you’re a pedestrian walking the street. Oh man, you just realized, you need a ride somewhere. Because it’s a big city, you rely so much on public transportation, thereby meaning that you need a taxi. So you hail the taxi, and lo and behold, it’s not a human driving, but instead, a regular-looking vehicle that drives by itself. Even though this is a futuristic vision, the reality is that this vision could very soon become a reality. While driverless taxis are not entirely instituted, they are eventually going to be all over the road. If you haven’t heard about it, you’ll not only learn about the technology behind the vehicles, and you’ll learn that they are actually quite safe to ride in.

The idea of a driverless car is actually quite a misnomer. While there is no human being in the driver’s seat. There is a driver of sorts, it’s just not what you would normally think in conventional terms. Rather than anything else driving, it’s actually a computer inside of the vehicle that directs where it goes. If you look at Elon Musk’s Tesla Corporation, the world leader in electric vehicles, those vehicles also contain self driving technology that will ensure that the vehicle monitors and senses things around it. Actually, some studies have shown that a vehicle that drives by itself may actually be safer than a driver-operated vehicle, at least a human-operated one. When compared to the Tesla vehicles, there are very close terms as far as the technology is concerned. Aside from that, the technology has finally become very affordable ensuring that people that so desperately needed the technology to work will be able to make the most if it. Aside from having the technology, it’s been evidenced that they have finally implemented the driverless vehicles in a very successful manner.

Compared to traditional taxis, there is a huge difference that is evidenced by the implementation of this technology. Not only will more vehicles have access to it, but fewer and fewer drivers will be in the taxis that people see on every street in the country. It’s very critical to understand that these vehicles need more implementation before they can be unilaterally accepted, but aside from that, it’s very important to understand that these vehicles are very difficult to get used to. A lot of people are very skeptical in terms of it working, but one country that is showing how effective these vehicles are is Singapore. Singapore is one of the most valuable countries in the world because it has a lot of advanced technology and a high density of people in their cities. So far, there has been a lot of success going on, and there has been a lot positive feedback. So not only have these vehicles managed to successfully move people, but there have been virtually no accidents reported at all. Without a doubt, a driverless future may very well be a thing that comes true.

Morris Edwards is a content writer at companyregistrationinsingapore.com.sg – he writes different topics like “Driverless Cars will be a reality within 10 years in Singapore”, “Singapore Ride-Hailing App Grab Working with Citigroup” and all topics related to tech and business in Singapore. 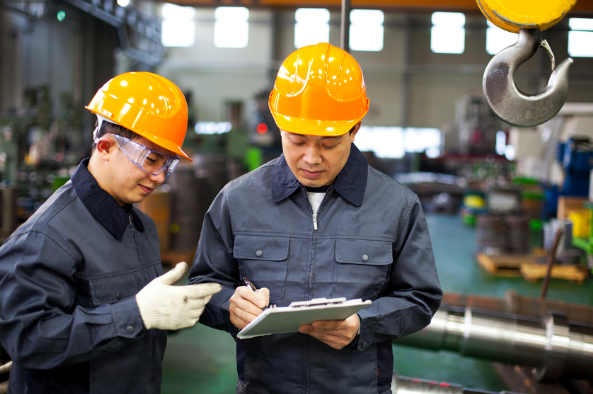 Quality control is an important activity performed by all organisations to ensure the proper manufacturing of their products. It’s a set of actions that are…