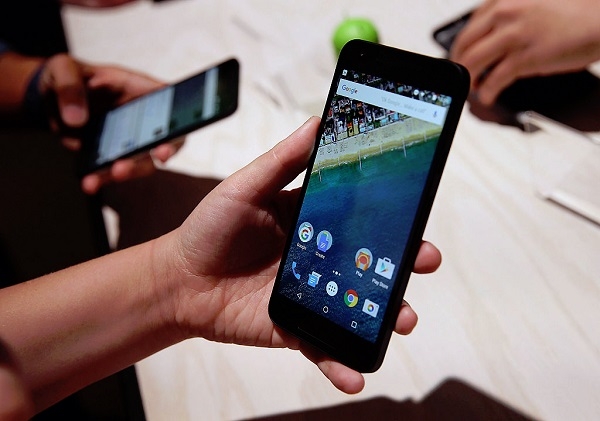 Google has created two new flagship smartphone models that again promise to offer the best smartphone experience coming straight from the house of Google. Also, these new handsets will be heaven for the pure Android OS fanatics, for whom nothing can be better than the Google smartphones. Named as the Google Pixel and the Google Pixel XL, these two new flagship models from the Android maker come with everything nice to boast of – premium design, mighty specs, latest OS and great features.

So, as the Google Pixel XL and the Google Pixel have already hit the market, which one would you go for? That depends on your personal requirements and what these two have to offer, right? Thus, here’s a look at what the two latest sibling smartphone models from Google have to offer to the users, and how they are different from each other.

Design : Needless to say that Google Pixel and Google Pixel XL look exactly the same and flaunt the same premium metal and glass construction. A third of these phones’ rear part is covered with glass panel. Both get a circular fingerprint scanner at the back within the glass panel. The rear of the devices has a flat design and features no camera bump.

As apparent from the names, the difference in the design of these two devices lies in the display and overall size. The Pixel XL, as its name suggests is the larger and heavier among the two sibling smartphones. The Pixel XL dimensions are 154.7mm x 75.7mm x 8.6mm and it weighs 168gm, while the Pixel’s dimensions stand at 143.8mm x 69.5mm x 8.6mm and weighs at 143gm.

Both the devices apart from their identical design also comes with same color choices. 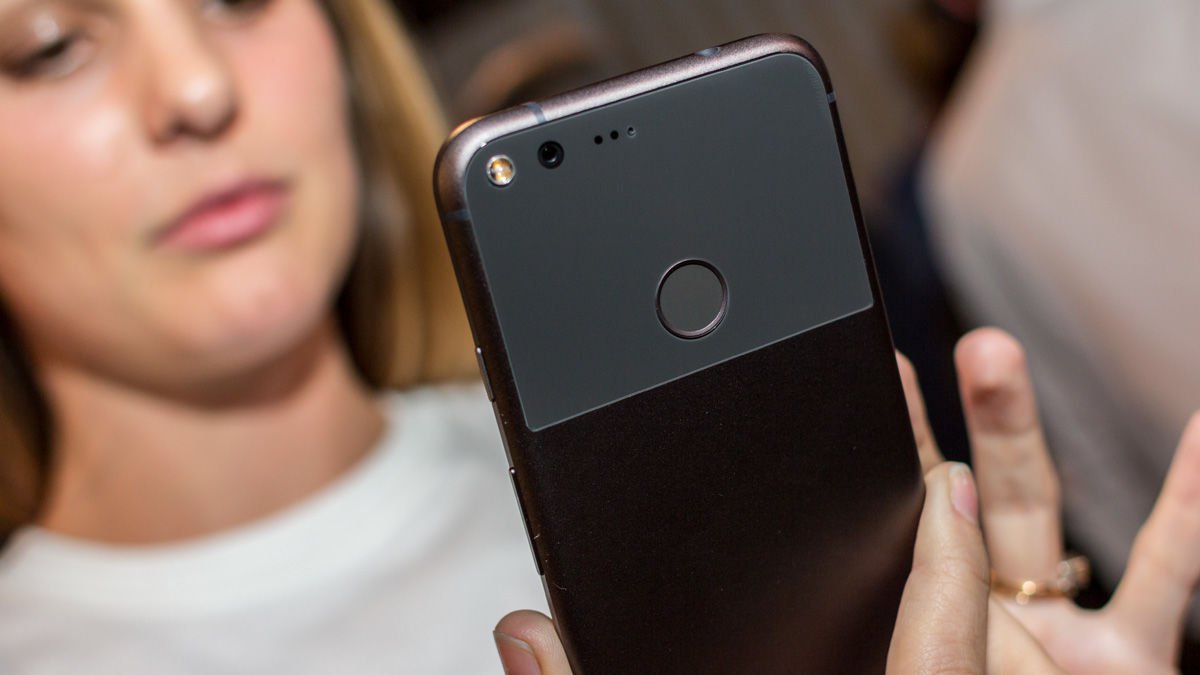 Display : This is the major difference between the two devices. The new Google Pixel XL flaunts not only a larger display, but boasts of a sharper display as well that offers more detailed visuals.

The Pixel XL comes packed with a large 5.5 inch AMOLED display which boasts of a screen resolution of 2560 x 1440 pixels, resulting in a superb pixel density of 534 ppi.

On the other hand, the Pixel offers a tad smaller 5 inch AMOLED display with a lower screen resolution of 1920 x 1080 pixels; which means this display has a lower pixel density of 440 ppi. It is known that Full HD resolution is not always very good for Virtual Reality, both the latest Google flagship smartphones are claimed to be built for optimum VR experience.

However, both the devices use the same AMOLED display technology which offers premium visual experience with superior image details, life-like color reproduction and deeper blacks. Both also come with the same display protection with the help of the tough Gorilla Glass 4 for great scratch protection. Nevertheless, the Pixel XL’s larger and higher resolution display is obviously better.

Cameras : There is no difference in the camera department among the two smartphone siblings. Both the Google Pixel XL and the Google Pixel are equipped with a 12.3 MP primary rear shooter and an 8 MP secondary selfie snapper. Both the devices thus, should offer the same photo shooting performance.

Both smartphones also come with Smartburst feature for recording action shots. The cameras are super fast and focus rapidly, which result in excellent timely shots that are vibrant, crisp and detailed.

Specs : Again both the Pixel XL and Pixel come powered by the same Qualcomm Snapdragon 821 processor. Both the devices also get the support of a massive 4 GB of RAM and will be offered in 32 GB and 128 GB inbuilt storage versions. In terms of storage expansion, the new Pixel devices are similar to the Nexus smartphones, which means no microSD card support for memory expansion.

Software : As these flagship smartphones come straight from the house of Google, they are obviously going to feature the new Android Nougat operating system right out of the box, offering a host of new functionalities and benefits of this latest Android OS. There will be a host of exclusive features that will definitely set the new Pixel phones apart from all other new Android devices currently available in the market.

Both the Pixel smartphone models will also come with built-in Google’s Assistant that will enable the users to get into a conversation with Google. Both the handsets will offer an identical user experience and make for an immersive smartphone experience, thanks to vanilla Android.

Battery : This is where the two Google Pixel devices differ again. Owing to the larger screen size and higher resolution, the Google Pixel XL requires a more powerful battery to keep it juiced up adequately and thus, it comes packed with a larger 3450 mAh battery. The smaller Pixel draws its power from a smaller capacity 2770 mAh battery pack. However, both come with Quick Charge support that offers a good 7 hours’ battery backup with a charge of just 15 minutes. This may mean that the XL with its larger battery will offer a bit longer battery life, despite being more power hungry.

Conclusion : The Google Pixel and the Google Pixel XL are highly impressive flagship models that can swipe the users off their feet with their great specs and capabilities. Both the smartphones are exactly the same in terms of looks, specs, storage and camera features, and thus will offer same sort of great performance.

However, the Google Pixel XL is a better premium smartphone than its smaller sibling in terms of larger and better display quality and more powerful battery. However, the larger Pixel XL also comes with a bigger price tag. Thus, if you wish to go for a larger screen size and don’t mind shelling extra bucks, then the Pixel XL is your choice. 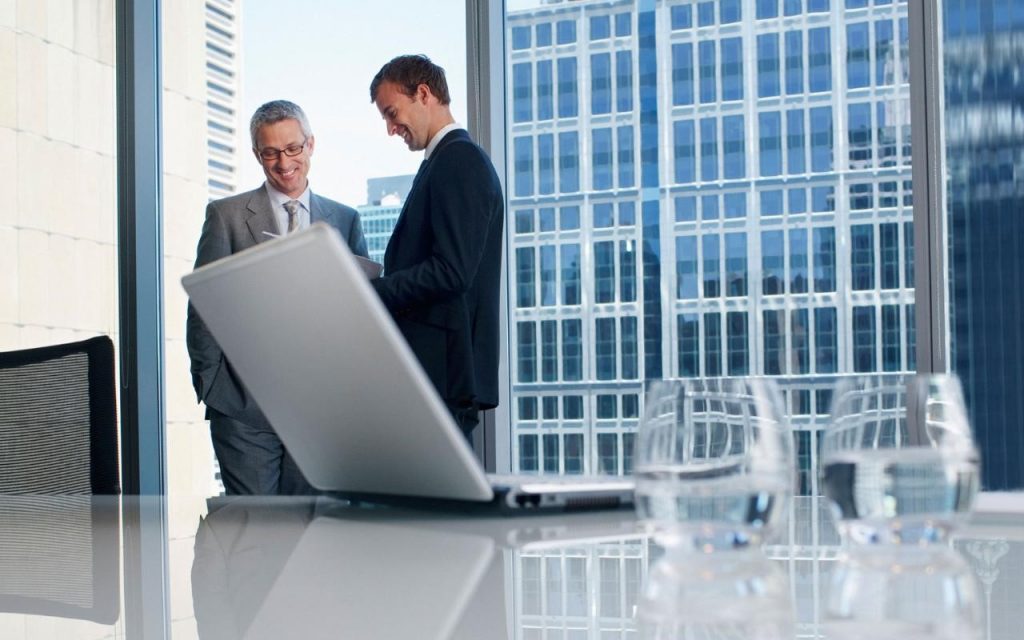 How Important Is It To Have An Appropriate Software

5 Great Tips That Will Save Your Home

Home maintenance requires a lot of time. In that regard, although having a big house is a great thing, it becomes really annoying when the…