There are many places that we can visit in China and one of the most interesting provinces is Yunnan. It is the place where we can find multiple minority groups in China. The people of Yunnan are proud of their culture and the landscape is strikingly beautiful. We could choose different lifestyles adopted by locals. Yunnan is often considered as the best place for us to celebrate life.

Cities in Yunnan are Kunming, Lijiang, Dali, Deqin and Zhongdian. There are many highlights and sightseeing options in the place. Kunming is a place where we could choose an eternal spring. Yunnan is a perfect blend of two opposing climates, the hot, humid climate of South East Asia and the freezing coldness of the northern China.

Kunming is the cultural center of Yunnan and we can find 25 indigenous ethnic groups in the province. Larger minorities are known for the festivals, languages and cultures. There are different places that we can visit in Yunnan, such as karsts limestone formations, stone forest, arches, caves, peaks and cliffs. We could also find multiple flower and bird markets in the province.

Dali is another major city in the province, known for their historical interests. We could find unique environment, different traditions and beautiful sceneries. Dali should be considered as a stopover for tourists who are planning to go for the tour, Dali was where the Ming Dynasty was established and we could find traditional houses of the local Bai people.

Houses in Yunnan are known for their unique design, such as dragon-styled patterns, doors, windows, stone walls and grey tilted roofs. We could also go to streams from the nearby Cangshan mountain. Yunnan is also known for its peaceful streets and idyllic courtyards. When visiting Dali, we could go to the Erhai Lake, which is known for its ear-like shape.

Other places that we could visit include Dali Museum, Butterfly Fountain and the Three Pagodas. In this case, we should be able to enrich our knowledge about the culture and history of Yunnan. Lijian is an ancient town that was established in the old kingdom era. Located at 8,530 feet on a plateau, Lijiang is known for its cool weather. UNESCO designates Lijiang as a historic world heritage site.

In Lijiang, we could go to the Jade Dragon Snow mountain with its snow-capped peak. When seen from afar at specific directions, it does roughly look a jade dragon that’s lying on the clouds. The Tiger Leaping gorge is believed to be the deepest gorge and it attracts various adventure tourists and rafters. From the Cangshan mountain, we could see the Erhai lake. Lijiang also has some traditional musical shows.

The final destinations in the Yunnan province should be Deqin and Zhongdian. The Ganden Sumtseling Gompa monastery is a 300-year old complex. It is still a fully-staffed monastery with about 600 monks. Inside we could find colourful paintings of mandalas, guardians and Tibetan lamas. It is believed that the name Shangri La is taken from the Zhongdian county in Yunnan, due to its beautiful mountainous landscape.

Can We Get Good Results With Legitimate Link Building Methods?

Although we can get traffic through social media, online advertising and other sources; search engines still provide us with free, influx of targeted traffic. For… 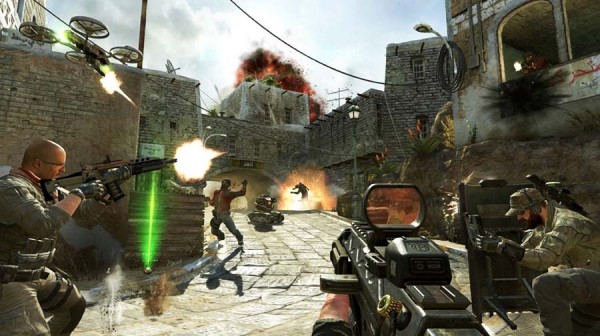 5 Most Violent Video Games In History

These games could be slightly old and released a few years ago; but they could still be available in bargain bins, allowing children to have…