A quick search on Flickr or Google images for “Ireland’s west coast” will yield scores of breathtakingly beautiful images of cliffs, the open ocean, coves, hills and much more. Indeed all that represents the landscape of Ireland’s western fringe. This region is a wonderful tourist destination that attracts visitors from all over the world year after year. This short article will provide a glimpse at a handful of things that continue to attract visitors to the area time and time again.

Galway is located almost smack bang in the centre of Ireland’s west coast. This city is not to be missed and there are plent of online and offline guides to the area that reinforce this point. The City of Galway is located in Connaught and can trace its origin back to 1124 AD when it was settled as a fort. This means it’s simply bursting with culture and there’s always something going on.

Amongst the most notable attractions for visitors are the show ‘Trad on the Prom’, for which you will find rave reviews on TripAdvisor, and for evenings out and a bite to eat the popular Quay Street.

The Cliffs of Moher are an impressive sight to behold. Located on the edge of County Clare, these vertical cliffs have to be seen to be believed and it’s only upon viewing them that you will be really able to gaugue their sheer scale. The cliffs are one of Ireland’s most popular touist attractions with over a million visitors a year coming to see them and the site is geared up for their arrival, with a visitor centre, cafe and shop.

The Cliffs do not just attract those seeking it’s breathtaking views, but the site has a lot more to offer and draws in geologists, bird watchers and even film crews! The Moher Cliffs are part of the “Burren and Cliffs of Moher Geopark” which is UNESCO recognised.

They are also a designated SPA (Special Protection Area) for Birds which is recognised by the EU. On top of this the Cliffs offer a lot more opportunities for nature lovers with its diverse fauna and the ability to see a wide range of marine creatures in the area. For film buffs, the Cliffs have featured in a number of movies including Harry Potter and the Half Blood Prince, where it’s the secret location of one of Voldemort’s Horcruxes. 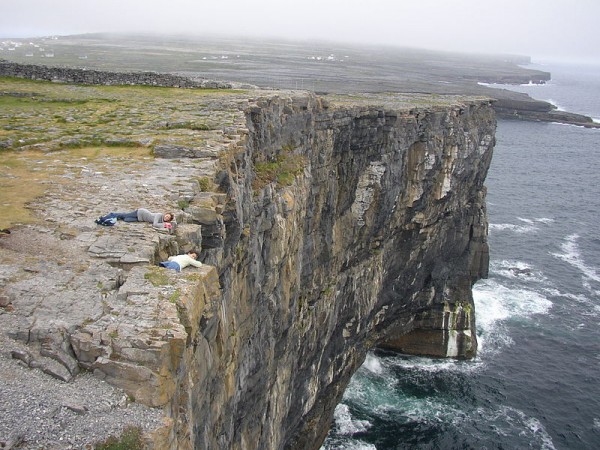 The Aran Islands are the namesake for the famous Aran jumpers. These are an iconic part of the local culture and sometimes make up the only knowledge of the Islands that a visitor may have before arriving. This might be an obvious statement, but the Aran Islands infact have far more to offer than giving the world a warm and practical jumper.

Lonely Planet have a good round up of some of the best things to see and do on Aran. Amongst their selection of the top things to see is Dún Aengus (Dún Aonghasa) and when you see it for yourself it’s easy to understand why it might top the list! This historical site is an Iron Age fort that extends right up to the cliff’s edge. Given its scale and location you can imagine how daunting and impenitrable it would appear to an opposing army.

It’s a 100 metre drop, straight down, towards the sea on the other side of the cliff. There’s an interesting visitor centre and a small entry charge to cover costs of maintaining the attraction for future generations.

Killary Harbour is a highlight as it’s one of only three glacial fjords in Ireland. This beautiful expanse of water stretches out toward the sea through some of the regions most dramatic scenery. To the north is Mount Mweelra and to the south extends the Maumturk Mountains and the Twelve Bens. From the summit of Mweelra the mountain plunges steeply down into the fjord. As you can imagine this area is extremely popular with hikers and hill walkers.

Nathan Stevens is a frequent traveller and IT specialist with a high regard for the Republic of Ireland. 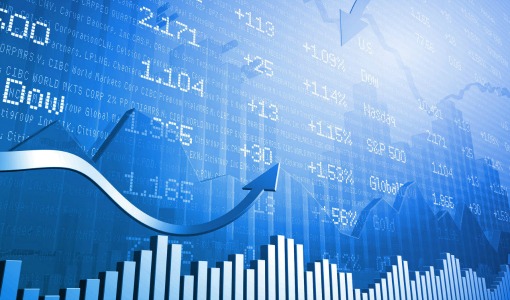 The exchanging system in stocks is as simple as it is hard to picking potential tocks. When you pick up trust in contributing and teach…

How To Claim Back Your Payment Protection Insurance

Payment Protection Insurance is a priceless service that has been extremely mis-sold to consumers all over the world. While PPI has originally been conceived to…