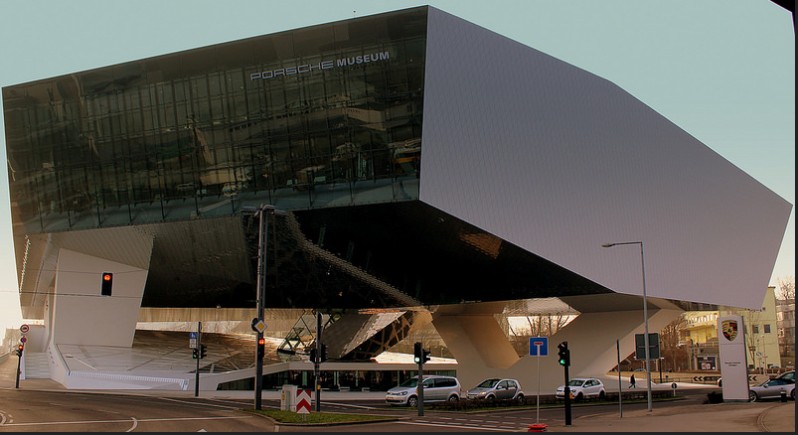 Germany is famous as the country of high development, where the newest technologies live and often used. The modern achievements and technologies are also used in the city architecture. Look around! The architectural masterpieces of the German cities demonstrate that this country still takes leading position to be the world popular leader of architectural achievements. 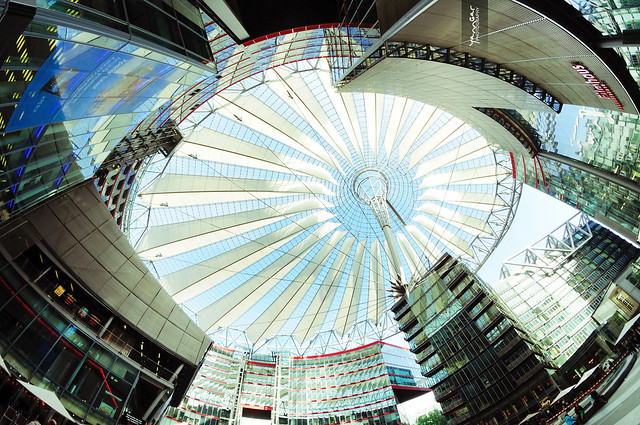 The station of the Munich metro was opened in 1997. The author of the project was Hermann + Ottl Architectural Bureau. The main its feature was a huge window in form of shell that is situated on the South-West side wall, going to the park. The ceiling of the platform is equipped with the reflective panels with two lines of lamps on the both sides of it.

The building of the institute is involved in the research processes of different fields of science. It was built in the German city Stuttgart in 2012 by the project of the Holland bureau UNStudio. The architects dreamed to make the integrated space, where students can study and spend their time there. That is why the team of UNStudio developed the chain of laboratories and other specially equipped accommodations and exhibition zones, terraces and areas to cross the building up and down.

The corpus consists of 7 separate buildings in the province of Berlin. It took 600 million of EUR to build up this construction in 2000. Sony Center contains offices of different companies, apartments, cinema, entertaining center, supermarket, boutique, cafe and restaurants. The building is made of glass to have interesting oval form. The roof construction is a unique engineering decision. It looks like a tented roof, fixed on a big metal circle. It symbolizes Fujiyama Mountain by sight.

Hire a car in Frankfurt if you are tourists and go to see this unique building. Everyone must see it! It was built in 1997 to be the highest in Europe till the year 2005. The building is 259 meters high. The principle and architecture of this skyscraper was masterfully developed and worked out by British architect. The system of air circulation and lights is unique. What is more, you can find beautiful interior gardens on the different floors of the building. Actually, this building is one of many in Germany that was made of steel but not cement as a main building material. 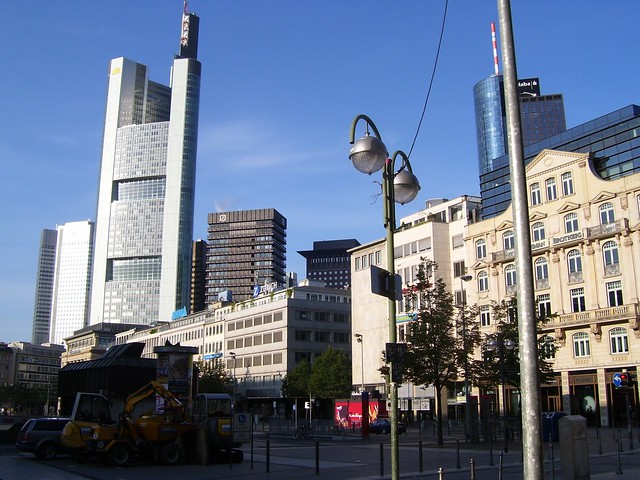 The house was built in Baden-Wurttemberg according to the project of German architect in 2008. The building impresses of its elegance! The construction is mostly white. The first floor contains the resting zone with swimming pool and one bedroom. The second floor contains kitchen and living room and the third floor contains three bedrooms, guest room and cabinet. The main feature of the house is big open territory made of terraces and huge windows.

The modern building of Porsche Museum gathers different exhibits that speak about the brand history and development. It was built in 2009 in the province of the city. It was amazing! More than 170 architectural companies competed with each other to win tender. The winner company was Delugan Meissl Associated Architects. The created the unique model to be the most popular place for car lovers and tourists.

The city making code prohibits any buildings that shadow the Brandenburg Gates. The project of DZ Bank was approved by the city government and constructed opposite the Triumph Arc. The bank facade made of cement rocks to be bound and strict construction. The conference hall decorated with the steel panels. The hall looks like the horse head by form. What an amazing view!

The multifunctional complex was projected by American architect and approved to be built in 1999. The small city became the modern and stylish industrial complex of Germany, called media-port. Pay attention to three office buildings around. They were projected by other popular architects and Murphy/Jahn Studio to make the symbol of new Dusseldorf. 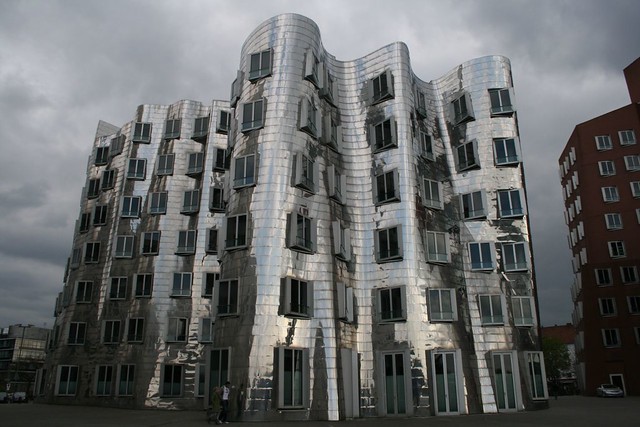 The son of the founders of the world popular publish house Burda Moden is Frieder Burda. He decided to open the museum to demonstrate his own arts collections. The collection counts about 500 art masterpieces. There is a big hall, exhibition areas, conference halls in the museum. The main part of the collection is sculptures, paints and graphics. You can see the works of Pablo Picasso and others.

The bank building was constructed in Frankfurt in 2014. The bank complex consists of two huge buildings that are 184 and 165 meters high, connected with four crossing passages on the level of 3, 15, 27 and 38 floors. The author of such deconstructive building was Wolf D. Prix – the founder of Coop Himmelb Bureau. According the statistics, you can find 18 lifts, 2300 bank workers and 630 parking places in the building territory.

The international airport was founded in 1992. It consists of two terminals and a huge shopping mall Munchen Airport Center between them. The guests of MAC and passengers are offered to visit different shops, cafes, restaurants, medical help points, sport objects and popular hotel of Kempinski. This airport is considered to be the second big airport in Germany (the biggest airport is located in Frankfurt) and one of the most important transportation objects in Europe. 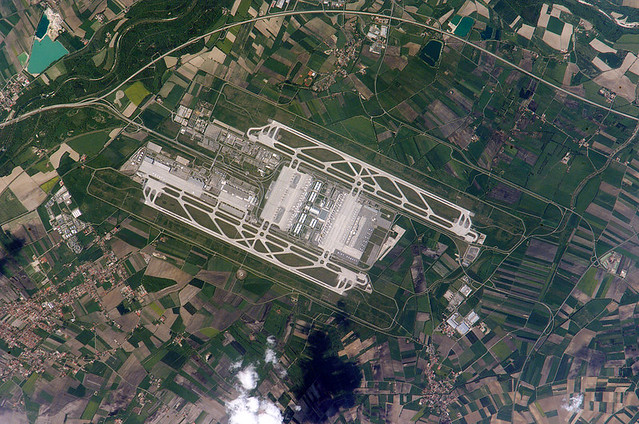 The military historical museum is considered to be one of two big German museums of military thematic. The museum complex consists of two important elements – building of arsenal, built in the end of the 19th century and huge five storey building made of cement, glass and steal. It was rebuilt in 2005 by Daniel Libeskind. This unique addition made the museum in Dresden the biggest and the most impressive military object in the world of this kind. 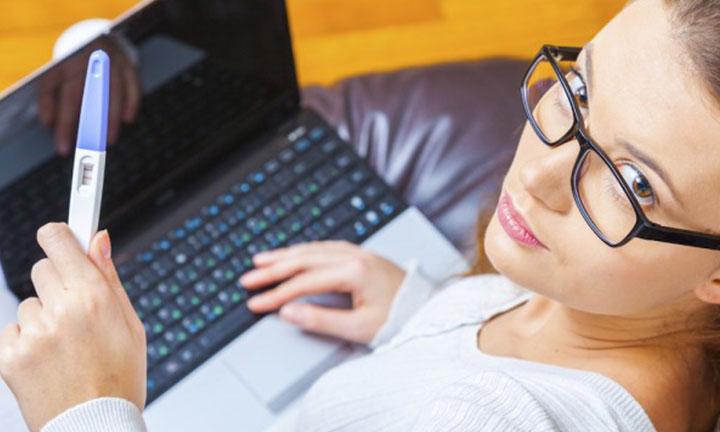 Being a mother is an individual’s choice. A person can only decide to become a mother only when they think they are ready for it…. 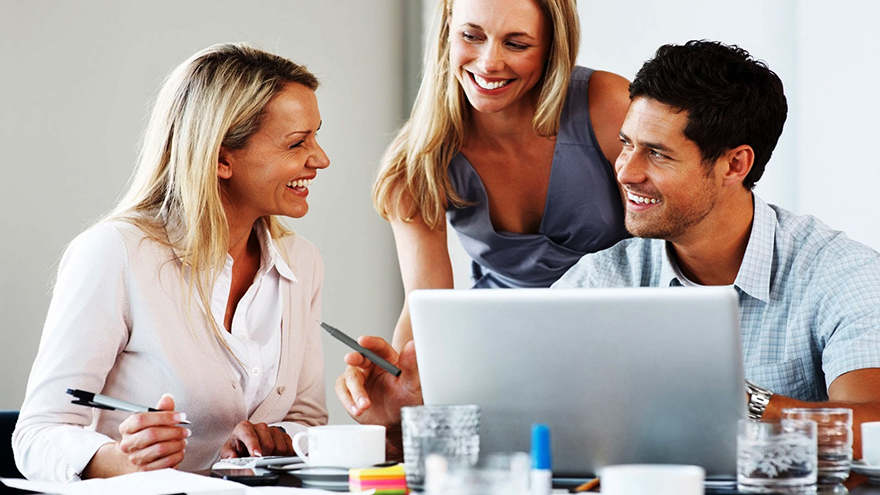 Many businesses can benefit from maintaining a professional website. The design of this domain may vary depending on the role that this site will play…