The Monumental Temple Of Olympian Zeus In Athens

Athens is one of the oldest cities in the world. The architectural styles of the city range from Greco-Roman to modern time. If you are fond of the antique architectural monuments, hire a car in Athens and necessarily visit the Metropolitan Cathedral of Athens, the ancient temples Erechtheion, Parthenon and the Temple of Olympian Zeus. Each of these places is reach in the historical events and dates, so, for a start, it is better to take a closer look at one of them.

The Temple of Olympian Zeus

It is located about 500 meters further south-east to the Acropolis and 700 meters further south to the center of the modern Athens, the Syntagma Square. The graceful ruins of this temple are perfectly seen from the height of the Acropolis, as well as at the nighttime, thanks to its illumination. These ruins is all that remained from the once magnificent construction, the largest sanctuary of Hellas – the temple of Olympian Zeus.

The history of the largest Greek temple construction, which is also called “Olympieion”, is unique, and it continued through more than 6 centuries. According to a legend, earlier on the place, chosen for the construction of the temple, was the ancient sanctuary of Deucalion, the Hellenic Noah, who survived after the flood and became the progenitor of a new human race. His son, Hellen, was considered the forefather of all Greeks. The temple, erected in such a sacred place, could not be ordinary, and the plans for its construction were very ambitious.

The construction of the sanctuary was started about 520 B.C.  The construction was conceived by the Athenian tyrant Peisistratos, but his son Hippias began to convert this idea into a fact. The new temple was designed to eclipse the glorious cult buildings of Hellas of that era – the temple of Heraion on the island of Samos and the temple of Artemis in Ephesus, classed among the wonders of the world. The scale of the idea was impressive. According to the original idea, the building was planned to be built in the Doric style. The main material was limestone. The basement was 41×108 meters in size. In form, the temple was supposed to be a classical peripteral building, closed round by a double colonnade. The number of columns from the face view was 8 in each row, on the sides – 21.

In 164 B.C., Antiochus IV Epiphanes, the king of Seleucid Empire, who ordered his architect to finish the temple, was killed by the rebellious soldiers (according to other sources, he died during the epidemic), and the building remained unfinished once again. During the Roman reign, the Romans did not hurry to complete the sanctuary. Moreover, in 84 B.C., the Roman dictator Sulla, who seized Athens, ordered to remove a part of the Corinthian capillary from the columns, as it has caught his fancy. He took them to Rome, where they were used for the building of Jupiter Capitolinus temple.

Only after more than 200 years, the history of the main “late completion of projects” of antiquity was completed. It happened in the reign of the roman emperor Hadrian. The emperor was fond of Athens, in which, to his order, a large-scale construction works took place. Therefore, in the 129-131 years AD, the construction of Olympian Zeus temple finally came to an end.

The temple was a truly magnificent structure, a giant of ancient architecture, worthy of Zeus. This monumental and impressive temple was built, using the marble from the mount Pentelicus. Its length is 96 meters, the eastern and western facades totals 40 meters. In total, the colonnade consisted of 104 17-meter-high columns, which base thickness was 2 meters, and the diameter of their capillary was up to 3 meters. Only 15 of the columns remained on their places until our days, the 16th was overturned by a hurricane in 1852 and it is still laying there on the ground. 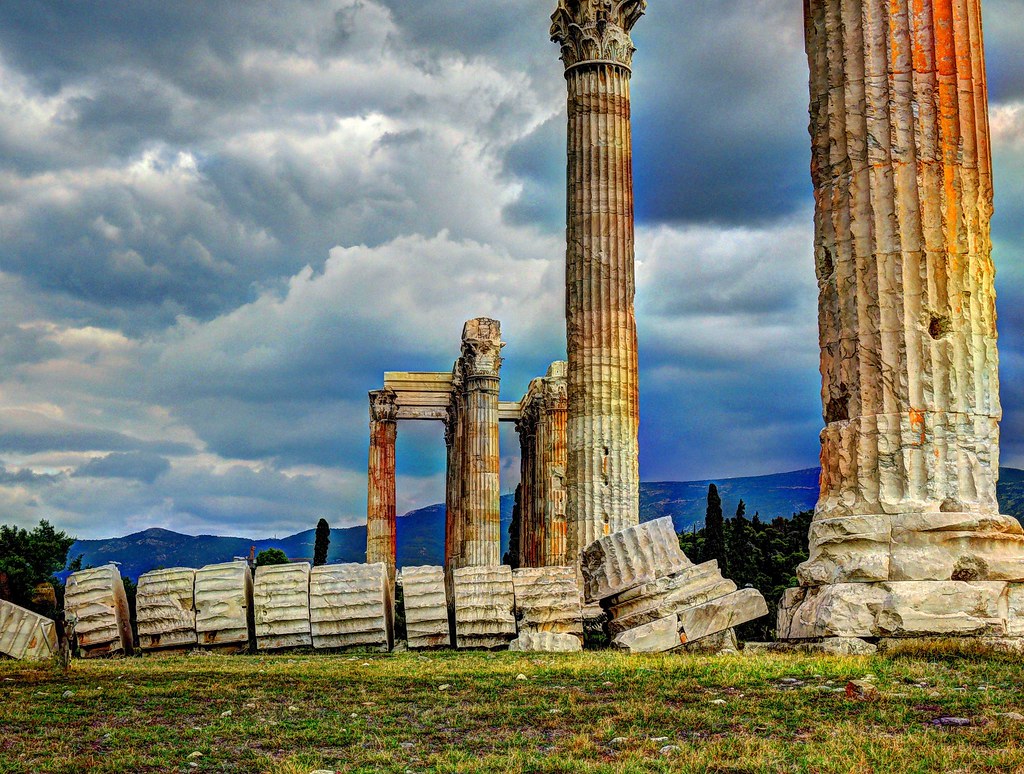 In the central hall of the temple was a giant statue of Zeus, which was a copy of the famous Thunderer statue (work by Phidias) from the Olympia temple. The statue was making an indelible impression- the pilgrims from all over the Roman world were coming to look at it.

The temple was hold sacred by both Greeks and the Romans, who saw in Zeus their supreme god Jupiter. Many emperors came to Athens to hold ceremonies in the famous sanctuary, and, according to the legend, the emperor Caligula even tried to bring this statue of Zeus to Rome, but, when the workers came closer, the statue allegedly laughed, and they categorically refused to touch it.

With the spread of Christianity, the temple began to go into a decline. In 425, Emperor Theodosius completely banned to worship the old gods, and the building began to collapse. Frequent earthquakes inevitably turned the abandoned temple into ruins. People, who were stealing the elements of the temple to build new buildings, also got their hand in this. By the end of the Byzantine era, from the once grandiose construction, there was very little left.

For the first time the temple was excavated in 1889-1896, further works were conducted by German and Greek archaeologists in 1922. The temple, together with the ruins of other ancient buildings, which are surrounding it, is a national historic site, guarded by the Greek Ministry of Home Affairs.

Today, the temple of Olympian Zeus is one of the most famous sights of Athens, although, only an extraordinary imagination could help us to imagine the greatness of this large Ancient World’s sanctuary. 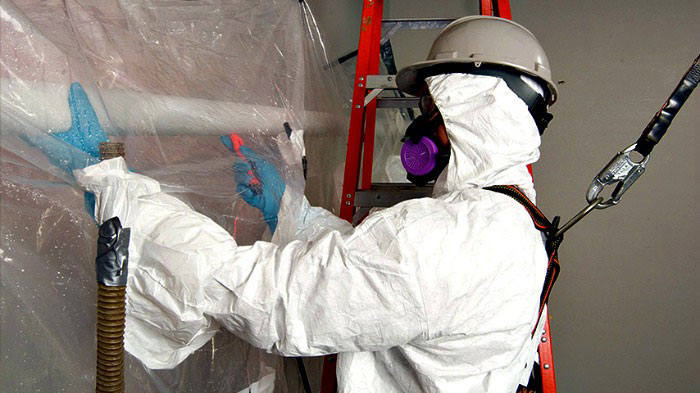 Getting Rid Of Asbestos As Soon As Possible Is Crucial

Asbestos is an incredibly dangerous material, and just because you own a newer home or office building doesn’t mean that there is no asbestos there…. 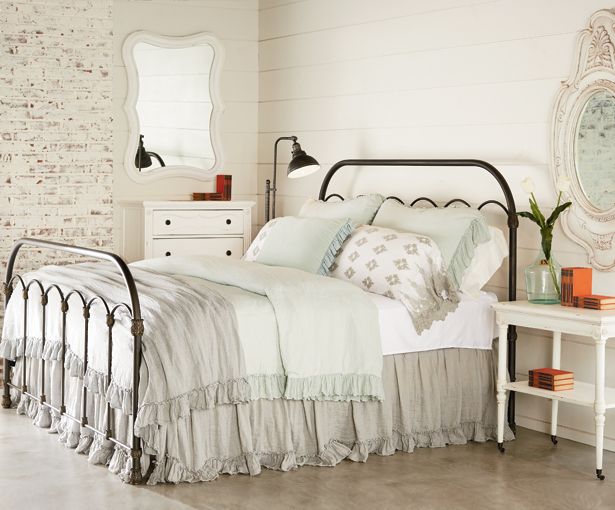 Why an Iron Bed is Perfect for Every Home

You will have a countless number of options when looking at, selecting and purchasing a bed, and some will be somewhat inexpensive and some quite…