From birth to death, lists govern almost every aspect of our lives. It starts even before we are born. Our parents, having failed to select from a list of available birth control options, instead consult a list of babies’ names. And if they get hold of a list of really bizarreones we are probably scarred for life.At the other end there are lists of the most common causes of deaths, lists of unusual funeral rites, even lists of strange uses for human cadavers.

Lists have been around for a long while. The earliest forms of writings were lists: pictograms impressed on wet clay recording what parcels of grain had gone to which destination, the number of sheep for sacrifice in the temples.Lists have had many uses over centuries, to record assets and debts, to express wishes and desires.But with the information age they have truly come into their own. We are obsessed with lists. Technology has made it easy to generate endless lists for almost anything althoughtheir usefulness is at times dubious.

For a list to be really useful it must have a purpose and contain information relevant to that purpose. A lot of time and money go into generating lists for marketing purposes. Business to business lead generation is itself big business. But unless these leads can be converted into paying customers, they aren’t worth the paper they aren’t written on.It’s a scatter gun approach: fire off enough shots and eventually you will hit something. It’s far more efficientto concentrate resources on quality rather than quantity.

Good marketing involves much more than just compiling lists of leads. Market research is required first, to identify target markets for example. Then there needs to be a marketing plan and strategies developed. The best strategies for generating leadswill vary from business to business, but there are clear indications that some are likely to be far more effective than others. In business to business lead generation for example, networking, attending trade fairs or other events,will result in better leads with a far higher conversion rate than those obtained through social media. Of course all this will almost certainly involve more lists, lists of competitors, lists of trade fairs, but lists that should prove useful none the less.

Lists though are far more ubiquitous than just marketing. People are definedin terms of the liststheyare on, and those they aren’t. We define ourselves as well as others. It’s a way of comparing ourselves with others, of measuring success. It’s no longer just the A list or the B list, everyone is on lists now, including a lot they would rather not be on. Some lists have strong negative connotations. Nobody really wants to be on the list of bankruptcies, or a watch list, or a list of unusual deaths, and being blacklisted is still a downer.

The most desirable lists confer high status, at least in certain circles; the richest people in the world, the greatest athletes, the most influential, the best dressed, orthose with the most friends or followers. Being at the top of such a list is best of course, but even making the list is an achievement. Of course the best way to make sure you are on the list is to compile it yourself, a list of unrecognised talent perhaps?But remember that one name alone doesn’t constitute a list.

One of the most controversial lists is probably the to-do list. This is alternatively referred to as strong motivational tool, the list that paralyses, an aid to memory, an excuse for procrastination, a bucket list and a wish list. There will be a list of additional synonyms on the internet somewhere for those who are interested in further procrastination. The continued popularity of this type of list is due at least in part to the dopamine surge we experience when we cross something off the list. Putting  ‘make a list’ at or near the top of the list so there is something to cross off immediately ensures we will experience this at least once.

There are lists for everyone and every occasion. To be listless in this day and age means having or showing no interest in anything, being languid spiritless, indifferent. Our lives are bound up in lists: we don’t live the dream anymore, we live the list. 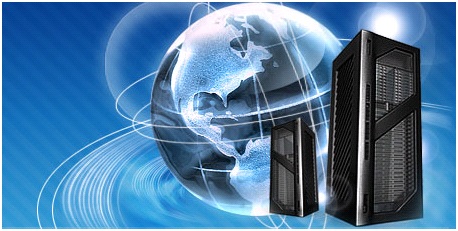 Why Should You Choose Cheap Web Hosting Services

These days, internet is the backbone of every business and almost every person in the world is connected with internet in one or the other…

The Estee Lauder Company has some amazing brands in the cosmetic and beauty industry in the world today. Many people are not even aware that…