Belize is one of the more interesting countries in Central America. It is considered as a hidden tourist destination, compared to others in the region. In fact, many people dismiss Belize as a place that’s not worth visiting. However, the country is an actual hidden gem in the tropical maze of Central America. When looking for an enjoyable tropical experience, people typically choose one of the islands in the Caribbean and coastal resorts in Mexico and Brazil. However, if we look closer, Belize is actually a tropical paradise that’s second to none. Belize is a wonderful option when we want to save a bit during a tropical adventure.

However, we should be aware that Belize isn’t a second class destination, despite the fact that it is very much overlooked. Belize should offer us plenty of travel alternatives and we won’t be disappointed with it. In fact, Belize could leave us entirely amazed. In general, we should be able to enjoy Belize more if we ask locals and travel like locals. Belize is located in the Central America, specifically on its eastern coast and just south of Mexico. The reef on the coastal area of Belize is second only to the Great Barrier Reef in Australia. The reef provides us with amazing spots for snorkelling and deep sea fishing.

One of the more interesting details is that Belize was a former colony of British Empire. As a result, its unique among many Central American countries and English is considered as the local language. Great Britain granted Belize its dependence in 1960’s. There’s a direct flight from Houston USA and a boat service is available from Cancun, Mexico. In fact, many people in Belize go to Mexico each day to trade and shop. Belize City is the capital of Belize and it is only as large as a medium-sized city in the US. Unfortunately, there’s considerable crime and poverty in the Belize City.

There are small tropical villages located south of Belize City. When travelling further, we should be able to find more gentle beaches and quaint coastal villages. Just like in Mexico, we could still find some Mayan ruins and tropical jungles. There are also exotic animals, tropical rivers and many caves in Belize. Just one hour of boat ride from Belize, we can find small cays where it is ideal for us to do deep sea fishing and skin dive. The barrier reef is accessible with canoes from these small cays. However, it is preferable to rent boats and some heavy-duty fishing poles if we plan to fish around the reef.

Caye Caulker is among the more popular cays along the reef with modest cafes and accommodations. The Ambergris Cay is also quite popular among tourists, with adequate infrastructure for tourism. Belize is more than enough for any typical tropical adventurer and we will be able to enjoy the surf and sun. Many other also travel to Belize to catch the huge blue marlin. Belize is an affordable destination, especially compared to other more popular destinations in the Caribbean. 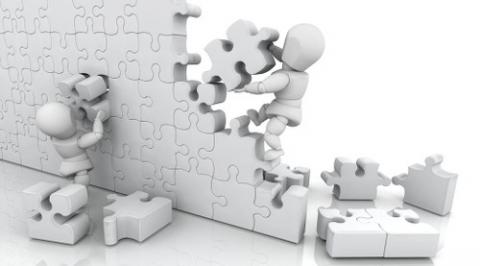 Why Computer Program Testing Is Imperative

There is a major incongruity as for quality. The quality certification group does not guarantee quality. The improvement group guarantees quality. Every line of code…

Whether you are starting a new business or just want to jump start one that you have been running for years, it is important that…