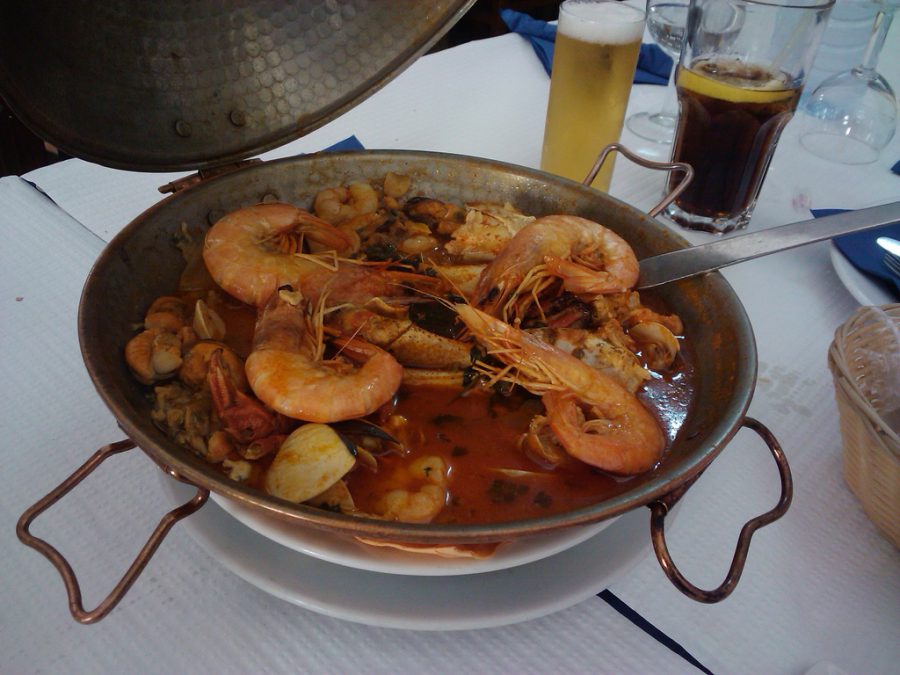 Portuguese cuisine is Mediterranean. It is based on wine, bread and olive oil. Portuguese are proud of their foodstuffs, as in any supermarket and at any, price they will be of the highest quality.

At different times, other countries influenced Portuguese cuisine a lot. For example, in the famous era of geographical discoveries, the Portuguese cuisine included tomatoes and potatoes. In addition, Indian spices are appreciated in Portugal.

Traditional Portuguese dishes are widely known if not all over the world, then, certainly, in Europe. The popular Portuguese dessert is Tortas de Azeitão. It is a very tender, moderately sweet roll with egg cream. Very often, it can be found in pastelaria. This roll can also be used as a snack for port.

Pay attention to the dishes cooked in the ‘cataplana’ pan, as is it a traditional kitchen item in Portugal. ‘Cataplana’ is a special copper dish with two clamps. 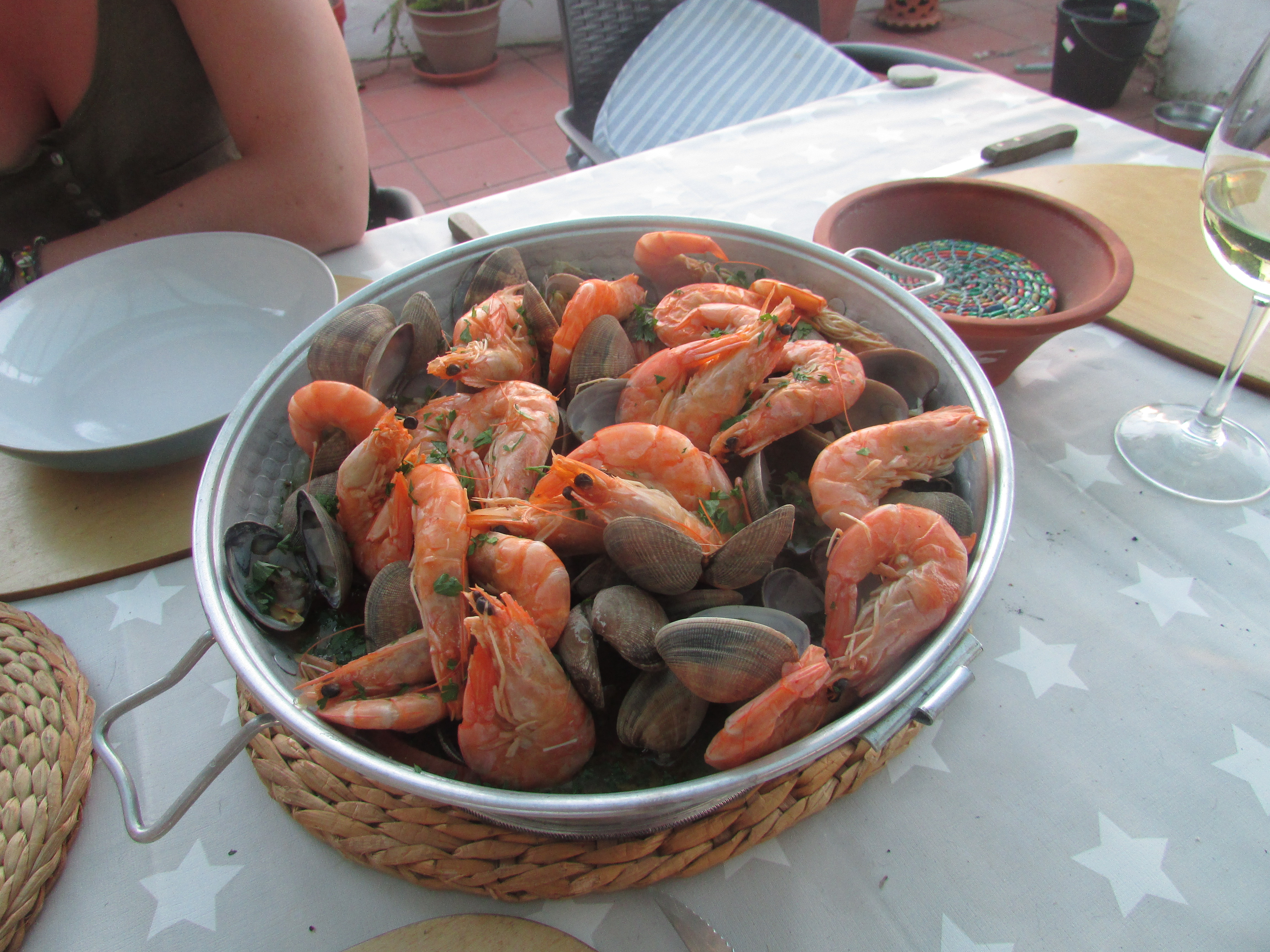 In terms of usage it is an analog of a pressure cooker, and in many restaurants, the dishes, which were cooked in it, are served right in this pan. We recommend you to try ‘cataplana de marisco’ – seafood with vegetables, or ’cataplana rica de mar’ – fish with carrots, potatoes and broccoli, cooked in a cataplana.

Most of all dishes in Portugal, of course, are fish dishes. The seafood here is very tasty and fresh, it is cooked in different ways: in the oven, on a frying pan and on the grill. The most popular type of fish is cod. There are so many options for preparing it, that in Portugal it is said that it is possible to cook cod daily for a year without repeating of recipes.

Let us pay more attention to seafood, considering the act that with the help of car rental at Faro Airport, you can visit several restaurants in Faro, where the best and healthiest seafood dishes are served.

Portugal in the south and west is washed by the Atlantic Ocean, so it is quite logical that there are no problems with fish in local restaurants, and there are a lot of options for fish and seafood. In all regions of Portugal, you can find dishes with fish and shellfish. Of course, the Portuguese are fond of seafood and cook it well. It is mostly eaten baked, fried in a frying pan or grilled. In the local supermarket, you can easily see a two-meter swordfish leaning against a wall like a beam.

Cod is the most popular fish among the Portuguese. The preparation of this fish is a special tradition on Santos Populares (the day of all the saints). One of the most widespread dishes made of this fish is ‘cod in cream sauce bacalhau de natal’, ‘cod with corn bread’, and ‘cod with potatoes and olives’.

In restaurants, this fish is served in large portions, usually with vegetables, rice and Portuguese olive oil.

It is believed that more than 365 dishes can be cooked from dried cod, moreover, the Portuguese taught the inhabitants of the African countries, (where their colonies were located) to add dried cod for taste to any dish. 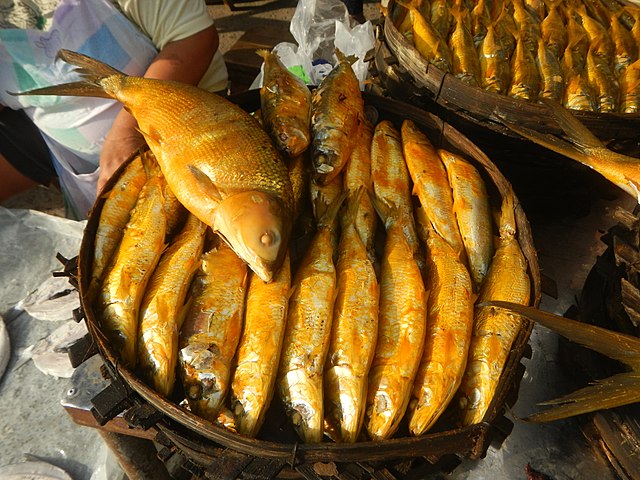 For example, in Gambia, almost in all dishes, dried fish or shrimps are added – this is exactly the Portuguese gastronomic heritage.

The next Portuguese dishes from fish and seafood are not complex; they are simple and would appeal to everyone without exception. Fans of fish and seafood should order a salad with tuna (salado de atum) or ‘espétada de camarao’ – shrimps cooked on skewers. As the portions of this dish are large, keep in mind that even a couple of entradas would be very nourishing and you may feel overeaten.

Mussels in restaurants are served boiled or cooked on the grill. When ordering seafood, pay attention to the way the dish is cooked. In the menu, the word ‘assado’ means ‘baked’, ‘grelhado’ – cooked on the grill, ‘no carvao’ – cooked on charcoal, and ‘no forno’ – in the oven. If you prefer fish soups, we recommend you ‘caldeirada de peixe’ – this soup, prepared from several types of fish, is also a traditional Portuguese dish.

Another unusual feature of Portuguese cuisine is the dishes, which are having the word ‘feijoada’ in their names. This means that one of its main ingredients is beans. 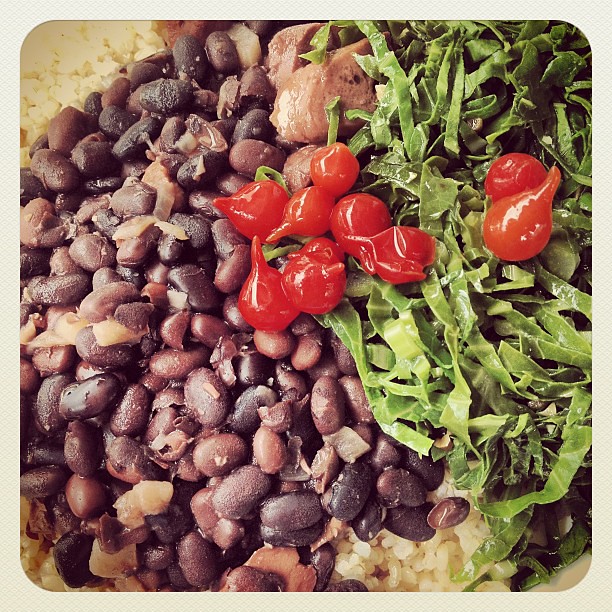 The fact is that beans are a frequent ingredient in the preparation of seafood dishes. For example, in the menu of restaurants you can meet ‘feijoada de gambas’ – royal prawns cooked with beans.

However, the main local specialty is the feijoada with the octopus (feijoada polvo). It takes several days for its preparation. Firstly, the beans soak in water for a couple of days, and then- cooked on a slow fire. After, the octopus is boiled in the water with the addition of onions and olive oil. Then the octopus, along with the beans, is boiled again, not in water, but in olive oil and white wine. Carrots, garlic and onions are added to the dish. The dish with an octopus tastes rather peculiar, yet the combination of beans and seafood is unusual, but it’s definitely worth a try! 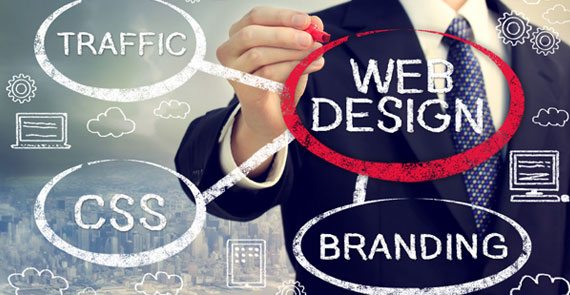 With the ongoing advancements in technology, Competition is on high level in the ecommerce sector.  So to be on safe side, online business owners need…

Clever Ways to Reach Your Target Market in a Challenging Environment

There is no doubt that the market is growing at a steady pace, but it is also turning into a more competitive field for businesses…